You awake to discover yourself no longer in the company of good men or a fine seafaring vessel. Treasure... you remember something about treasure. Wayward is a challenging turn-based, top-down, wilderness survival roguelike. Explore, build, and most importantly survive in these unforgiving lands.

Please note that these quick facts, along with other information on this page may change as Wayward develops.

You are free to monetize, stream and create video content for Wayward. Need proof? Check out the Monetization/Streaming page.

We cannot guarantee press copies to all that ask, but drop us a line anyway! Contact us at contact@unlok.ca

Wayward is a challenging turn-based, top-down, wilderness survival roguelike. Explore, build, and most importantly survive in these unforgiving lands.

In Wayward, there is a large focus on simulation, survival and openness. There are no classes; there are no levels. Progression of your character depends on individual skill and stat gains by your interactions with items or objects in the world. You are free to play and explore the game in any fashion you wish.

Wayward will continue to grow, expand, and evolve over time to open up new modes of play, add depth and complexity, add content, and further refine the systems presented. You are free to come a long for the ride as we try to make this game a truly unique experience through our iteration and through your feedback. 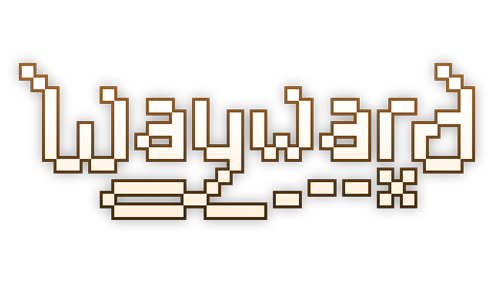 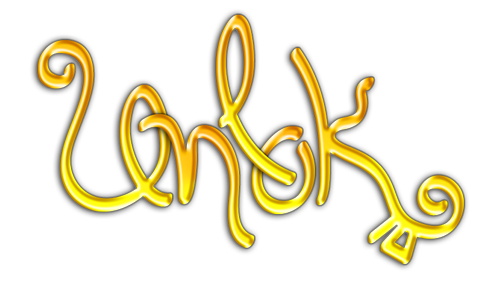 Download all of this media and more (including promotional banners).

“All crafting and survival buffs, just cross out the rest of your weekend now.”

“Wayward, a graphical roguelike with echoes of Ultima Online, Dwarf Fortress and Minecraft. Which means: Survival! Crafting! Treasure! An ace chiptune soundtrack! And lots of other things worthy of !s”

“It's already very impressive though, with plenty to see and do.”

Wayward started as a hobby project for me to learn HTML5 and to make a fun roguelike game with survival elements. I wanted to develop the game as transparently as possible and iterate heavily with each alpha/beta release. Wayward has been in development for over 4 years now, but work on it has always been part-time. It is considered a "slow cooked" game and work on it will continue indefinitely.

Wayward also started out as a browser based game, but has since evolved into much more - supporting a proper desktop client. The vision remains the same today as it did then, but with a shift to provide a more traditional gaming experience through Steam with Steam Workshop (modding) capabilities. It started with just me, but along the way, helpers, friends, and other contributors aided Wayward greatly. Today, the Wayward team consists of four members.

Wayward is still a beta product. During this phase, many things still need to be improved, expanded upon and tweaked. There's tons of content and ideas yet left to explore. Early Access for Wayward means giving the players an early look into Wayward and providing a vessel for those players to help us shape the future of Wayward.

Approximately how long will this game be in Early Access?

Wayward will be in beta, or "Early Access" indefinitely, until, we as the developers, and you as the players feel like this is a polished, fully featured release, suitable for a non-beta status. There's no set time frame for this; however, even after the eventual release, there's no plans on stopping development for Wayward. We have been developing Wayward for years now and will continue to do so.

How is the full version planned to differ from the Early Access version?

The game will not differ in large ways from the last Early Access version to the full release version. You will continue to see improvements in every aspect of the game through our iterative design and development process during Early Access, all the way up until we feel like it is ready to ship as a fully, finalized gaming experience.

We are transparent about our goals, ideas and planned changes. We will routinely post updates to discuss with the community.

What is the current state of the Early Access version?

Wayward is a content-rich experience, even in its early state. It's a fully playable game filled with many hours of gameplay. As a disclaimer, we would generally state that Wayward is Early Access and is a beta product. You may experience bugs, unpolished system/mechanics and unbalanced gameplay. Early Access will allow Wayward to refine and fix these issues as we become aware of them.

Will the game be priced differently during and after Early Access?

At this point, we are unsure if the non-Early Access release will increase in price, but we are not ruling it out. As we provide a better game, more content, and more features, a price change may be warranted. The price increase, if in fact it does happen, will most likely be a small increase to signify a jump from our beta game to a near-finalized product, and as a reward to all the early customers.

How are you planning on involving the Community in your development process?

Ever since the early alpha versions of Wayward, the community and player feedback has shaped Wayward into the game it is today. This will not change at all going forward on Steam with the project.

We cannot guarantee press copies to all that ask, but drop us a line anyway! Contact us at contact@unlok.ca