Wayward is a challenging turn-based, top-down, wilderness survival roguelike. Explore, build, and most importantly survive in these unforgiving lands.

In Wayward, there is a large focus on simulation, survival and openness. There are no classes; there are no levels. Progression of your character depends on individual skill and stat gains by your interactions with items or objects in the world. You are free to play and explore the game in any fashion you wish.

Wayward will continue to grow, expand, and evolve over time to open up new modes of play, add depth and complexity, add content, and further refine the systems presented. You are free to come a long for the ride as we try to make this game a truly unique experience through our iteration and through your feedback. 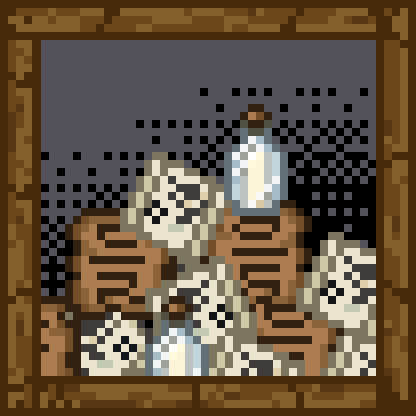 Well, it looks like 2.10.x had another release in it after all. We might continue with this new workflow as we work on the next major in tandem with these smaller, minor releases going forward.

Today we are releasing what is most likely the last minor patch in the 2.10.x series. We have been working on this release while also working on our next major update to the game, which is why this took a bit longer to get out. We thought it might be better if we do the last minor releases like this going forward so there's less of a gap in between releases. There's plenty of quality of life improvements here and some substantial balance changes among all the bug fixes.

Hey all, this week's focus has been on fixing up the remaining reported issues and working on balance changes.

Patch night! This week we are taking a stab at fixing up some more issues, some of which have unsurprisingly been in the game undiscovered for years. Always great to get those ones sorted out! TARS fans will also get a kick out of this release with a heavy overhaul and a giant bunch of new features. Wayward technological singularity is closely approaching!

Keep up to date with everything we are working on via Trello!

To view the latest change notes, check out the changelog page!

“All crafting and survival buffs, just cross out the rest of your weekend now.”

“Wayward, a graphical roguelike with echoes of Ultima Online, Dwarf Fortress and Minecraft. Which means: Survival! Crafting! Treasure! An ace chiptune soundtrack! And lots of other things worthy of !s”

“It's already very impressive though, with plenty to see and do.”

Check out our press kit page and drop us a line!

Wayward is also available to purchase via the following platforms: